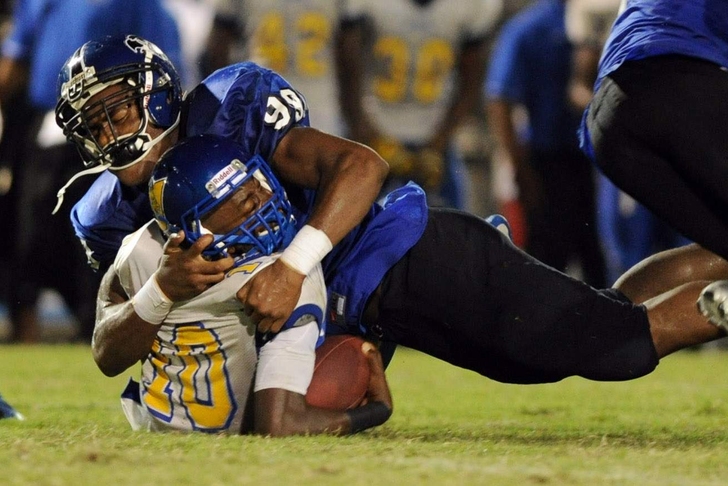 The Auburn Tigers are making waves in recruiting this offseason, particularly on the defensive side of the ball after hiring new coordinator Will Muschamp. Here's the latest:

Auburn is hoping to host six five-star prospects in the 2015 class this weekend, including three of the country’s top six uncommitted prospects.

Auburn's team recruiting ranking has slipped outside the top ten to No. 12 nationally, and they're hoping this weekend could go a long way in putting them back in the top 10.

i just committed to Auburn this morning #WarEagle

Follow our Auburn Tigers team page for all the latest Auburn recruiting news and rumors!