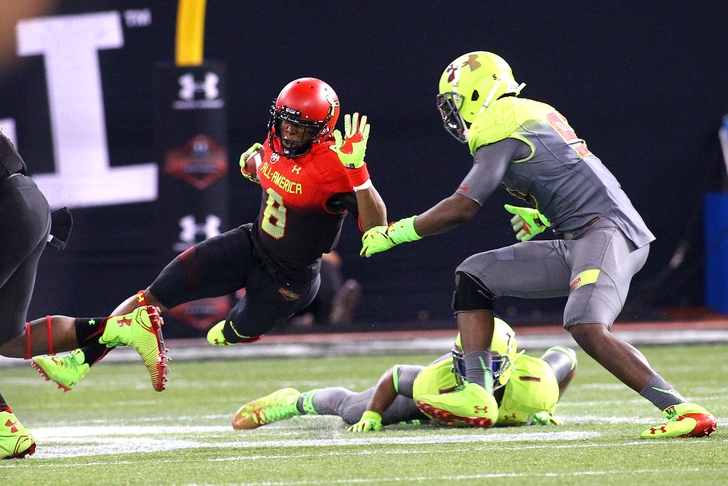 In this Auburn football news and rumors update, the Auburn Tigers could be starting a true freshman in their offensive backfield by season's end.

According to ESPN's Greg Ostendorf, running back Racean Thomas (the highest-ranked recruit on Auburn's 2014 recruiting board) could end up leading the team's halfback corps as 2014 wears on:

Thomas, who arrived in the summer, impressed the coaches during camp and should only get better as the year goes on. Fellow freshman running back Kamryn Pettway also had a good camp, but Thomas is the name to know. Don’t be surprised if he’s the lead back by the end of the season.

With Tre Mason now making a living in the NFL, head coach Gus Malzahn is looking to infuse the team's backfield with a talented selected of young running backs. Thomas looks to be the most impressive of all, and has a very good shot of becoming a must-see attraction in year one of his stay at Auburn.