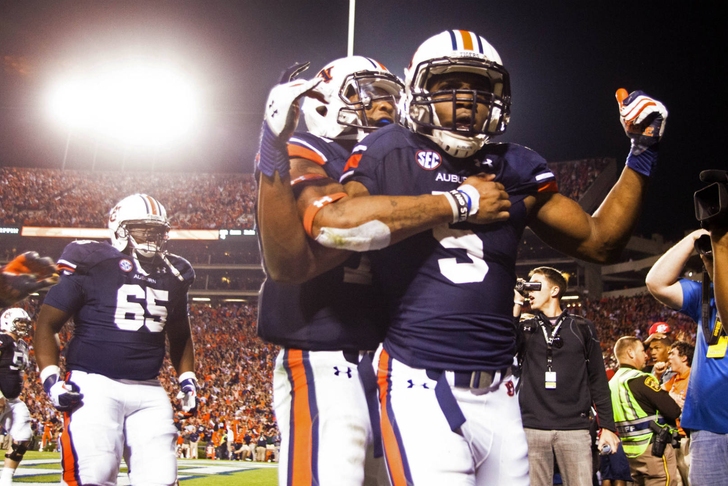 In this Auburn football news and rumors update, Auburn Tigers offensive coordinator Rhett Lashlee isn't satisfied with his team's attack so far in 2014.

After the Tigers escaped Kansas State last Thursday with a 20-14 victory, Lashlee has been preaching the value of consistent effort to his players.

"We didn’t play Auburn football, really at any position," he said after digesting the game tape, via Charles Goldberg of AuburnTigers.com.

"We've all looked at ourselves, from myself to our coaches. We've got to make sure we don't take anything for granted or let anything slide," Lashlee added. "We prepared hard like we always do. The guys were ready to play, and they played hard. We just didn't play well. Like I said, they had a lot to do with that, but, when you watch the film, on almost every play you can say, 'That's not what we do. That's not our brand of football.'"

However, Lashlee was impressed with the team's composure when things weren't gelling in front of a hostile crowd in Manhattan, KS.

"The other positive thing was that it was frustrating, but our guys never showed it," he said. "They hung in there, and they battled, largely because our defense kept us in the game. But we just weren't playing well."

"But when we needed to make plays, we did, and that's a positive."