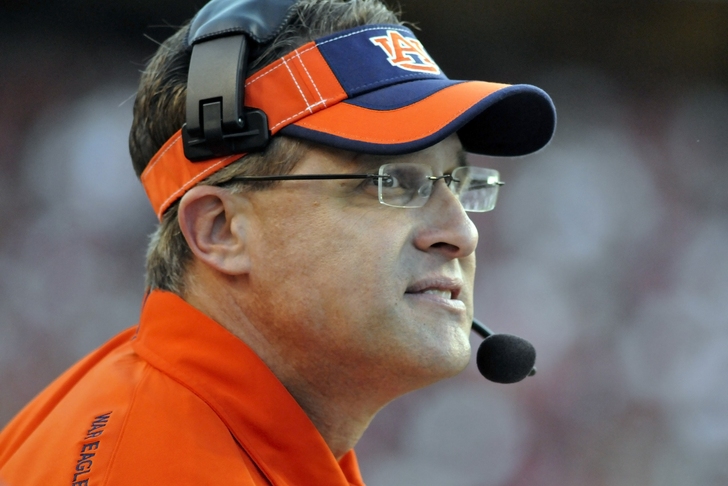 After Tony Bridges flipped his commitment from the Auburn Tigers to the Ole Miss Rebels earlier this week, both Auburn's future roster and ranking among the nation's top 2015 recruiting classes took a hit.

Per Wesley Sinor of AL.com, "Auburn dropped one spot to No. 11 in the 247Sports.com recruiting team rankings Friday when Bridges, a four-star cornerback prospect from Mississippi Gulf Coast, flipped his commitment to Ole Miss. It is the first time the class has been outside the top 10."

The Tigers also lost out on four-star offensive guard Javon Patterson (Petal, Miss.) this week, as he chose Ole Miss over Auburn and Mississippi State on Thursday.

As Sinor reports, "with 21 commitments (four 5-star prospects, 13 4-star prospects, four 3-star prospects) Alabama holds the No. 1 spot with 297.31 points, for an average prospect grade of 93.38. Florida State, Georgia, Tennessee and Ohio State round out the top five."