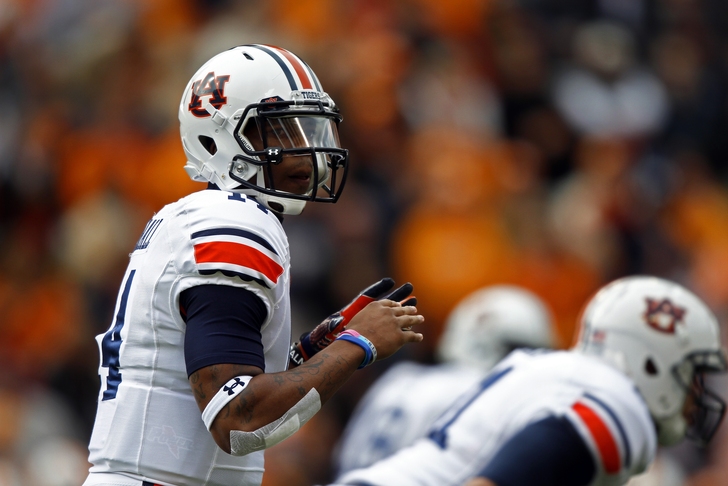 Can't get enough Auburn football news and rumors? Be sure to download our 5-star iPhone app today!

The Auburn Tigers are both immensely talented and extremely battle-tested, as evidenced by the team's 35-31 escape act over the now-#12 ranked Ole Miss Rebels.

"Our guys really believe that they're going to win games if they're close," Auburn coach Gus Malzahn said, via the Associated Press. "It's all about the players. They've done it the last two years in the most bizarre ways. There's a lot of champions in that locker room."

Auburn's heavyweight fight victory was a game full of ups and downs, including what looked to be a catastrophic ending before recovering a fumble in their own end zone to stop Ole Miss and seal the deal.

With the victory, Auburn jumped ahead of rival Alabama in both the coaches' and AP polls on Sunday. Furthermore, Auburn is likely to be one of the few teams that could feasibly survive a second loss and sneak into the College Football Playoff.

Thus is the benefit of facing three top-10 teams in November - even a future loss won't be able to fully take away the luster of a win like Saturday's.