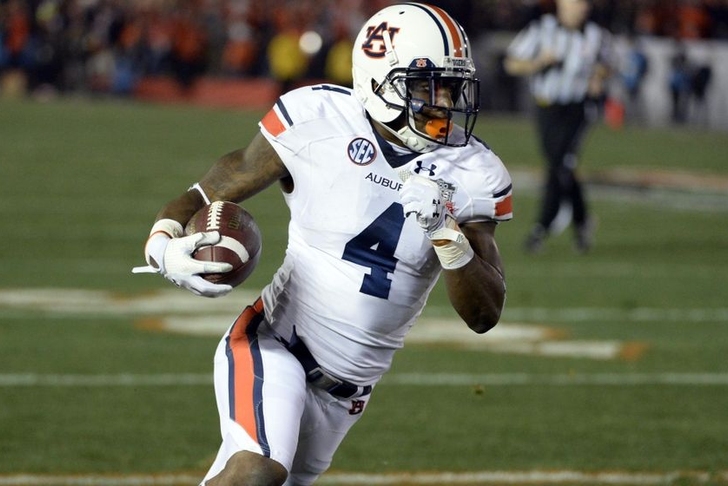 Auburn cruised to a comfortable win over Louisiana Tech on Saturday, but there were a number of takeaways from this game that the Tigers can take into their (brutal) upcoming SEC schedule. Here are five things we learned from Auburn's 45-17 victory:

One major factor in Auburn's recent success? Gus Malzahn's team is above average at pretty much everything they do. While other teams play to their strengths while trying to hide their weaknesses, Malzahn's Tigers are carefully balanced, allowing them to execute in all phases and exploit the frailties of each individual opponent. This was clear today (200+ yards through the air, 250+ on the ground, no opposing skill players with over 100 yards, two turnovers created), and bodes well for the future.

4. The offensive line took too long to settle down

The offensive line didn't find a groove until late in the first half, but looked perfectly fine once they were able to settle down. Unfortunately, they won't have over a full quarter to find their rhythm against LSU, Mississippi State or any of Auburn's seven remaining ranked opponents. The line needs to look sharp from the outset next week, because as we saw today, the running game won't get going until they do.

3. Auburn's receivers are right there with the nation's best

Quan Bray and Duke Williams aren't exactly no-names, but neither comes up in the national conversation over the best wide receivers in the college game. Today, both were excellent, and each had a stunning touchdown catch that belongs on this week's highlight reels. Bray elevated for an impressive catch in traffic after Nick Marshall broke multiple tackles to get him the ball, and Williams stole the show with a stunning one-hander snatched from directly between two Louisiana Tech players.

2. Montravius Adams is an elite talent

Montravius Adams was dominant today, and while he left early with an injury, his impact on the game can't be overstated. Adams picked off Louisiana Tech's Cody Sokol to set up an early rushing touchdown, and he popped up again in the second quarter to recover a fumble that set up another score. Adams showed up in all the right places throughout the game, and his ability to read plays and react quickly makes him one of Gus Malzahn's key players on defense.

1. The Tigers have the tools to navigate their brutal schedule

Auburn's upcoming schedule is absolutely brutal - there's no way around it. With seven of their last eight games coming against top-20 SEC teams, the Tigers will have a hard time staying undefeated...but as we saw last year, this team's winning mentality means you can never really count them out. With incredible drive and natural ability on both sides of the ball, the Tigers have the tools to earn a playoff spot.