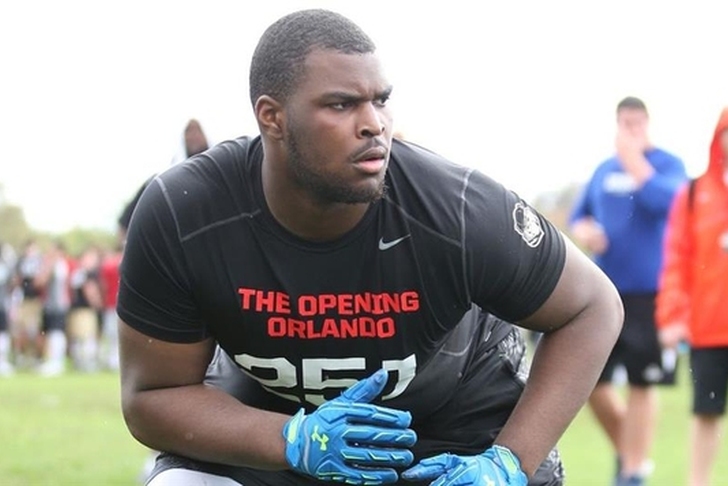 The Auburn Tigers and head coach Gus Malzahn polished off another elite class on National Signing Day just under two weeks ago, but focus has already shifted to the Class of 2017 and a host of top targets from around the nation.

Here are the seven elite recruits at the top of Malzahn's wishlist.

7. OLB Markail Benton (Alabama)
Auburn's got a major beat on the in-stat outside linebacker, and a commitment would be huge for their defensive plan going forward. He is the #44 overall player and #4 outside linebacker in the country.

6. OLB Nate McBride (Georgia)
McBride is a dynamic outside rusher, clocking in at #37 overall and #3 among outside linebackers. He's got some polishing to do, but he's still an elite talent.

5. OT Tedarrell Slaton (Florida)
If our #1 entrant decommits (no spoiler alert), Slaton will be one of the first backup options. He's #34 overall and the #7 OT on the board, using his 338 pounds of mass to flatten inside rushers from the get-go.

4. WR Trevon Grimes (Florida)
#11 overall and the #2 wide receiver on the board, Grimes is going to be a jump ball specialist at 6'4". He needs to pack on muscle, but his size and explosiveness make him a catch.

3. CB Deangelo Gibbs (Georgia)
The first of three Top 10 Overall players on Malzahn's target list, the five-star CB is #10 overall in the class and #2 among cornerbacks. He's got fantastic size for a corner, and excels both as a jammer and a coverage back.

2. S Jeffrey Okudah (Texas)
Okudah is ranked as the #1 safety in the nation and the #7 overall player in the class. He's versatile enough to shift all over the second, and commands the field as a natural playmaker.

1. OT Calvin Ashley (Florida)
Get to know Ashley, folks. Already committed to Auburn, the #5 overall player and #2 offensive tackle has great range at 6'6", 305 pounds. He's also deceptive quick and explodes into his blocks off the snap.