5 Things Gus Malzahn Must Do To Keep His Job 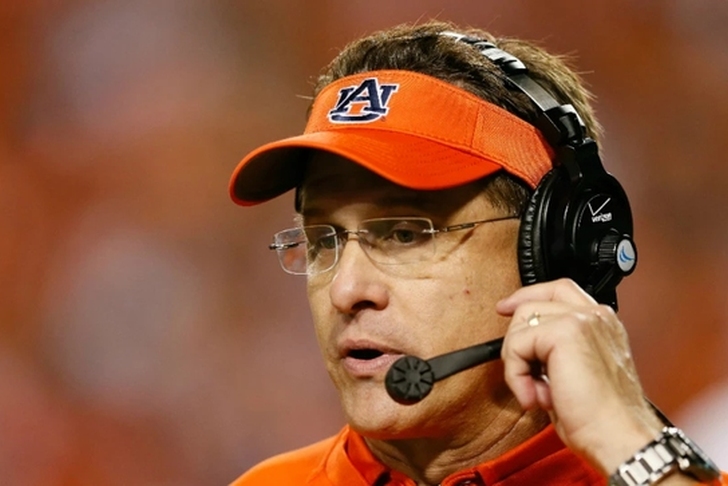 The Auburn Tigers were a popular College Football Playoff pick this season, but the year has been a complete disaster for Auburn. The awful start has put Gus Malzahn on the hot seat and he needs to turn around Auburn's season if he wants to keep his job. Here are five things Malzahn must do to keep his job.

This seems like an easy task, but after nearly losing to Louisville and Jacksonville State, it's something Malzhan must do. If Auburn can't beat San Jose State, Malzhan's seat will go from hot to burning. It's the next game for Auburn and the team needs some positive momentum before it enters the heart of SEC play.

Malzhan is supposed to be an offensive wizard, but the Auburn offense has been terrible. Jeremy Johnson had sky-high expectations, but has crashed and burned this season. He's already been benched, in favor of redshirt freshman Sean White, who didn't look great against Mississippi State. Whether it's White or Johnson, a QB needs to step up for Auburn. If Malzhan can't fix his offense this season, he might not get a chance this season.

If Auburn can get the offense fixed, this is doable. The Tigers have Kentucky, Arkansas and Texas A&M left as the conference road games. Kentucky is a team on the rise and Texas A&M is playing well, but Arkansas has had a disappointing season. Heck, the losing coach of that game might not have a head coaching job next season. It's not easy task with the way Auburn has played this season, but it is doable.

The easiest way for Malzahn to keep his job is simple: Beat Bama. If Auburn knocks off its hated rival in the Iron Bowl, the sins of Auburn's season will be forgiven (at least for now). It won't be an easy task, but a win over Alabama would save Malzahn's job.