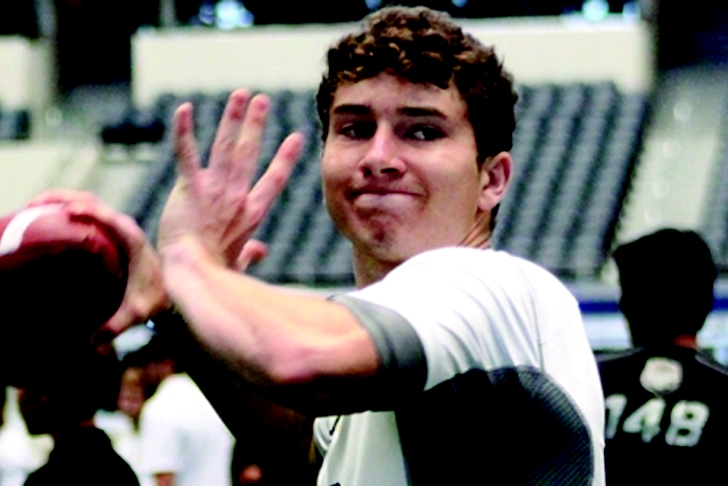 The Auburn Tigers' impressive 2015 recruiting class is barely in the books, but head coach Gus Malzahn and the Tigers’ coaching staff are already keying in on bringing another top class to Auburn in 2016.

Auburn finished this recruiting season with a top-ten haul of prospects by all accounts, but there’s plenty more blue-chip athletes coming down the turnpike to Tiger Stadium. Here are five top Class of 2016 recruits you need to know heading into the program's long offseason ahead.

Ranked as the #5 cornerback and #55 player in the nation by 247Sports, Broussard has said that he wants to commit before his senior season gets underway in just about seven months. LSU currently presents the biggest competition to Auburn for the four-star Phenix City (Ala.) Central product, with Florida State and Alabama looming in the wings. Possessing great length for a corner at six-feet despite weighing just 164 pounds, Broussard has both the tangibles and intangibles to be a true shutdown SEC cornerback.

The 6-foot-6, 300-pound five-star is an absolute beast already when it comes to controlling and breaking the line of scrimmage from the inside out. Already holding offers from a laundry list of top programs (Auburn, LSU, Florida State, Alabama, Ohio State, etc.), Rochester is a freak in the best sense of the word. Auburn reportedly leads right now followed by, you guessed it, LSU, so expect new DC Will Muschamp to put the full-court press on to get a commit out of the coveted Powder Springs (GA) McEachern defensive tackle.

One of six quarterbacks currently holding offers from Auburn in the Class of 2016, the five-star Shreveport (LA) Calvary Baptist Academy signal caller is the best bet currently on the board for the Tigers. Ranked as the #3 pro-style QB in the nation by 247Sports, Patterson has transcendent talent and high upside. You could very well be looking at a star in the making, and Auburn's coaches know that quite well. Stay tuned.

The son of former Auburn running back Stephen Davis, who rushed for 2,811 yards and 30 touchdowns for the Tigers from 1993-95, Davis Jr. commited to the Tigers way back in August. The four-star Irmo (SC) Dutch Fork standout plays multiple positions at the prep level, but is being recruited to Auburn as a safety. That figures with Davis' innate athleticism and NFL prototype 6-foot-4, 215-pound frame.

The #1 receiver (and #11 overall prospect) in the nation remains committed to the Tigers despite reports of potential wavering last year. Over 1/3 of the programs at the FBS level have at least showed interest in the 6-foot-2, 205-pound Tampa product, fawning over his route-running ability and propensity for making opposing defensive backs look absolutely silly. Expect some top programs to make a run at Craig-Myers in the next year, but things look bright when it comes to him sticking it out for the long haul.