4 Reasons Why Auburn Is Guaranteed To Beat Alabama In 2015 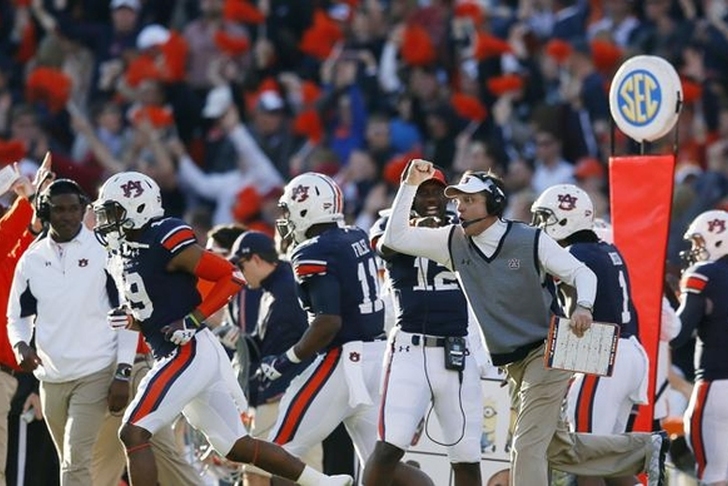 The 2015 Iron Bowl is shaping up to be one of the most epic clashes in the storied rivalry's history. Some people may think it'll be a toss-up with the personnel that both Auburn and Alabama have in place for this upcoming season. We think differently. Here's 4 Reasons Why Auburn Is Guaranteed To Beat Alabama In 2015.

1. The Will Muschamp Era Begins 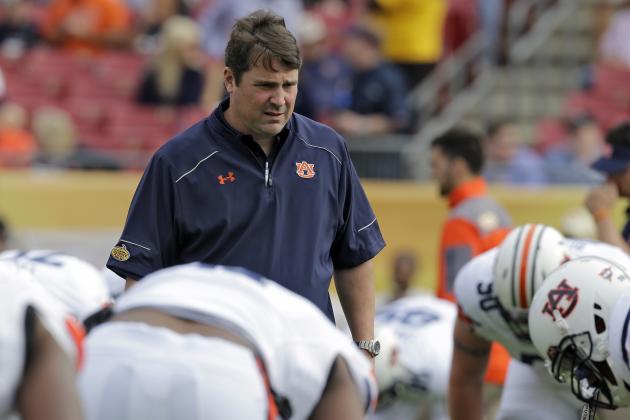 Muschamp is already making waves in recruiting for the Tigers, but it's his reputation as a defensive mastermind which has everyone buzzing.

"I think he’s one of the best or the best defensive minds in all of football," coach Gus Malzahn said recently. "We’re very fortunate to have him, and he’s going to build this defense like he needs.

"I think if you look at his track record, he gets it done everywhere he’s been. I think we’re set up staff-wise to be a contender every year."

Gus Malzahn's offensive wizardry and Will Muschamp's winning defensive philosophy TOGETHER? This spells D-O-O-M for the Tide and the rest of the SEC.

Cooper tied his own school record with 224 yards receiving and caught three touchdown passes in Alabama's 2014 Iron Bowl win. However, now he's off to the NFL, leaving a gaping playmaking hole on Alabama's wide receiving depth chart. Like a player who can shoot from anywhere on the court in basketball, Cooper opened up targets and big plays for his teammates just by being on the field. Without him, Auburn's secondary should have a MUCH easier time shutting down the Bama passing game.

"The proof is in the pudding with him," said Moncrief.. "You're talking about Mr. Alabama football,(runner-up) Mr. Alabama basketball. When he played at Auburn, he put on a show. I looked at the Arkansas game again last night on my DVR. Special talent."

Johnson is so athletically gifted and such a brilliant on-field leader that an already potent offense will be even that much more deadly with him at the helm. If Alabama really wants to get into another shootout with Johnson under center for Auburn...well, that's not going to go well for them exactly.

4. Cracks In The Tide's Facade

Alabama will always be talented, but this offseason has been less about their physical ability and more about the back pages of the sports news tabloids. Nick Saban's winter and spring has been chock full of dismissals, disciplinary actions and off-the-field controversy. For the first time during his stint in Tuscaloosa, the inmates have run the asylum.

Auburn's on the come-up, building cohesion with Gus Malzahn at the helm. At Alabama, it seems like everything they've built is on the (inevitable) verge of falling apart.