3 Reasons Why Auburn Will Beat LSU This Weekend 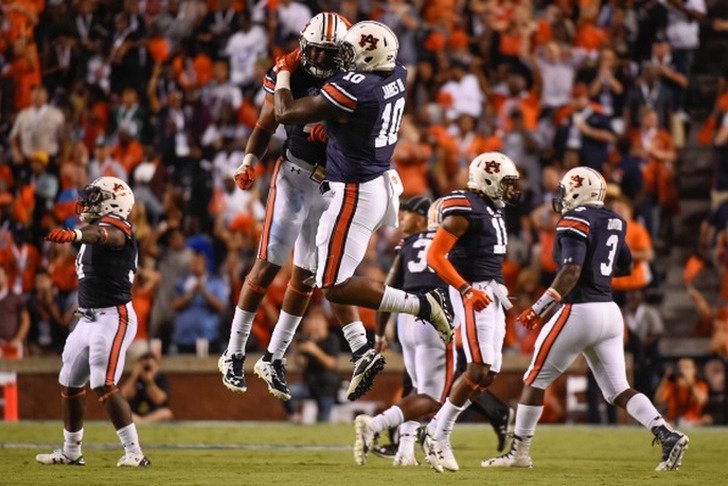 The Auburn Tigers play host to LSU on Saturday with a chance to turn their season around. Some are calling this a game where the losing head coach could lose their job, and Auburn needs to win this game to keep themselves somewhat in the SEC West race. Here are three reasons why they'll do just that and knock off LSU:

3) Auburn's ability to control the tempo
Both of these offense are centered around the run, and in a game with two contrasting tempos, whoever runs the ball more effectively will be able to determine the pace the game is played at. That seems to give Auburn an advantage, as their rushing attack ranks 15th in the country, and LSU had trouble stopping the run game in their loss against Wisconsin.

2) LSU's quarterback problems
For as questionable as Auburn's quarterback situation is, LSU's might be even worse. Danny Etling is now starting for the Bayou Bengals over Brandon Harris, and he hasn't necessarily been that big of an upgrade. He's less than 57 percent of his passes  - the highest mark of the Purdue transfer's career - and has never gone back-to-back games without throwing an interception (going back to the start of the 2013 season). He went turnover free against Mississippi State, meaning he should turn the ball over at least once against the Tigers.

1) Dominant defense
One of the more overlooked units in the country, Auburn's defense is ready to make another statement. Leonard Fournette gashed them last season, and they're determined not to let that happen again. They came up with a gameplan that slowed Deshaun Watson, arguably the best quarterback in the country, and held Texas A&M to four field goals in the red zone before ultimately breaking by allowing a long touchdown run in the fourth. Look for them to load the box to stop Fournette and force Etling to beat them.