3 Reasons Why Auburn Is GUARANTEED To Beat Arkansas This Weekend 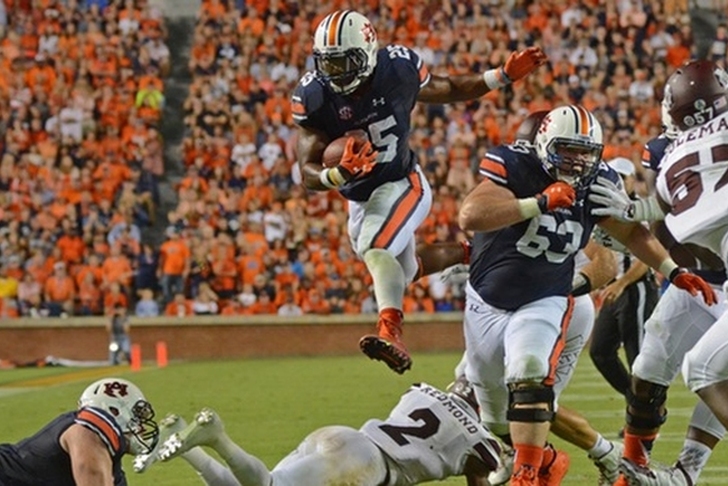 The Auburn Tigers appear to have rebounded from their slow start to the season and are on a two-game winning streak. Here are three reasons why they'll knock off Arkansas this weekend:

Sean White hasn't played exceptionally well since taking over as Auburn's starting quarterback, but there are signs that he'll have a lot of success Arkansas. The Razorbacks rank dead last in the SEC in opponent QB Rating (64.4), passing yards allowed (258.3), sacks (six), and pass efficiency defense (145.3) while also ranking second-to-last in opponent yards per play (5.92). This is the best chance for White to get rolling, and we bet he will.

Auburn's offense hasn't had anywhere near as many big plays as we've become accustomed to seeing this year, but they'll get their chance on Saturday to get back to being the explosive offense we know. Arkansas' defense has given up an astonishing 75 plays of 10-plus yards (12.5 per game) and 26 plays of 20-plus (4.3 per game) this season, something Auburn's spread system is designed to take advantage of.

Barber is one of the best running backs in the entire country, let alone the SEC, racking up 650 yards and eight touchdowns so far this season - seven of which have come in the past two games. Expect him to have big game finding the end zone in this one.