3 Auburn Football Players Who Need To Step Up In 2015 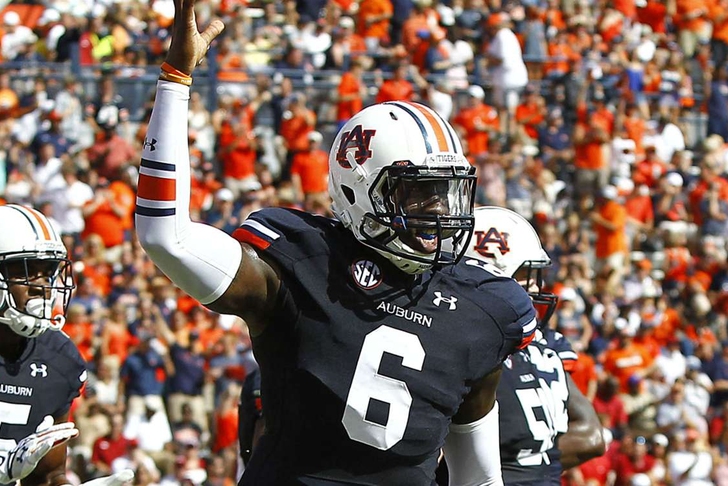 The Auburn Tigers are looking for a bounce-back 2015 after an uneven first year of the College Football Playoff era. For Auburn to make the big stage in year number two, these next three guys are going to have to play a significant role. Here's 3 Auburn Football Players Who Need To Step Up In 2015.

“Like Nick Marshall, but bigger and better” is how one scout describes Johnson. The next Auburn QB to step up to the plate completed a cool 28 of 37 passes in 2014, posting three touchdowns against no interceptions in mop-up duty this year. The Tigers will have the majority of their skill-position weapons back in 2015, and it's up to Johnson to use his athletic tools to get the most out of the team's offensive weaponry.

Lawson sat out the 2014 season with a knee injury, but he'll be thrust right into the fire of new defensive coordinator Will Muschamp's overhaul at Jordan-Hare. Auburn finished 13th in the SEC with just 10 sacks last year, and Lawson is being pegged as a key factor in turning around that worrisome stat in 2015.

The junior college transfer running back is the overwhelming fan favorite to be the feature back in Auburn's offense this year, but he still has to beat out Roc Thomas and/or Peyton Barber for the designation. If he can do that much, the spotlight will shine bright on both his successes and his failures from game one onward. He's got the talent to make that work, but he's still a question mark until he proves it on the field.