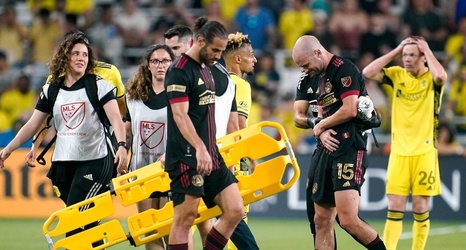 Atlanta United strolled up to the the Music City for a chance to battle its way into the U.S. Open Cup round of 16 and defend their title, but they ultimately fell short after 120 minutes of incredibly inconsistent football. Beyond the obvious frustrating scoreline, this match had a bit of everything, from great combination play by Atlanta in the first half, a Nashville penalty kick, a disallowed Walker Zimmerman goal, suspect officiating, and a tactical chess match that ultimately saw the Five Stripes lose out in extra time 3-2. Oh, and Andrew Gutman suffered an injury that looks to be collarbone or shoulder-related.