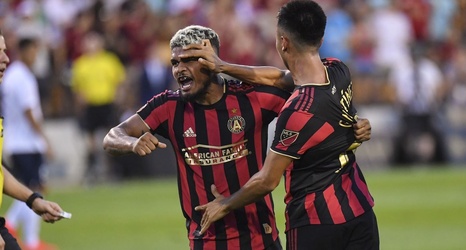 Atlanta United defeated Saint Louis FC 2-0 on Wednesday night to secure their place in the last four of the U.S. Open Cup. They will take on Orlando City at a venue to be determined. The Five Stripes dominated the entire match and finally broke through in the second half. After taking the lead, they saw the rest of the match out before adding the clincher deep into stoppage time. Here are a few thoughts on the win:

The everlasting Pity Martinez debate rages on after the Argentine playmaker put in one of his better shifts of the season in the win.