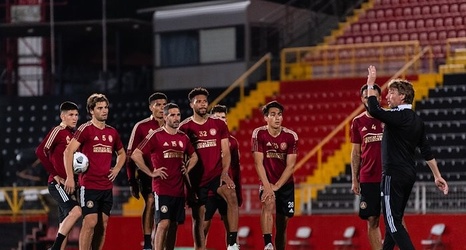 At the end of the first half, Brad Guzan received a red card, resulting in the debut of Eighteen-year-old Rocco Ríos Novo, a goalkeeper for Atlanta United 2 who signed a Short-Term Agreement Monday. The dual-national Argentine made six saves in the second half to preserve the clean sheet, which also set the club’s single-match record in SCCL play.