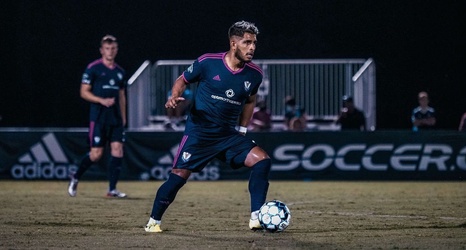 With nothing but pride to play for, South Georgia Tormenta FC went into City Stadium in Richmond, Virginia, and dealt the second place Kickers a blow to their odds of holding on to the other spot in the USL League One Finals. It will now come down to the final week of play to decide who will visit Greenville Triumph SC on October 30th for a chance to lift the second championship trophy in the league’s short history.

Head coach Ian Cameron shook up the starting lineup in a big way on Saturday, starting center back Josh Phelps at striker due to injuries and the return of Lars Eckenrode to the back line.