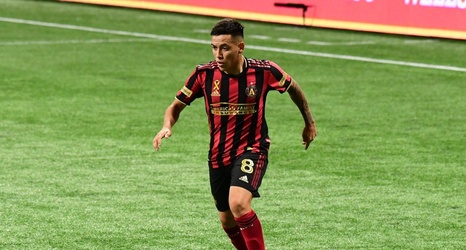 For the fourth match in a row, Atlanta United was without designated player Ezequiel Barco in the team’s 4-0 against D.C. United at Audi Field Saturday night. The Argentine attacker hasn’t played in a game for the Five Stripes since September 12 in a 4-2 loss on the road to Nashville SC.

Barco has remained “day-to-day” through most of the 21-days since that match, according to Atlanta United manager Stephen Glass. There was optimism this week after Glass gave a health update on the squad, saying Barco was part of a group of four players in which one was not going to partake and the other three could.