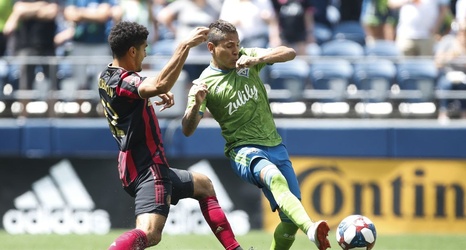 The first half’s most exciting moments involved mistakes from Atlanta not being nearly as bad as they could have been.

Seattle nearly scored in the 29th minute when Carlos Roldan found space like...ten feet from the goal. Somehow —somehow hereby being a word meaning “due to the fact he shot the ball directly at the person attempting to keep him from scoring” — Brad Guzan kept the shot out.

Moments later, Seattle found even more space on the left. But somehow — a word hereby meaning “Miles f****** Robinson” —they failed to capitalize on a clear path to goal.