Real Madrid vs. Barcelona: Messi, Ramos have helped define Clasico. Will this be their last? 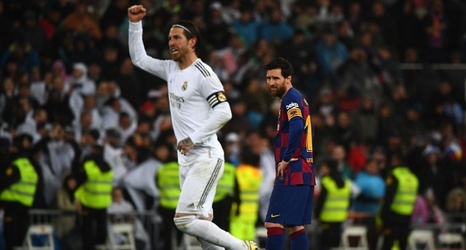 Saturday marks the second and final clash between longtime Spanish rivals Real Madrid and Barcelona for the 2020-21 season. Real hold the edge, having won convincingly 3-1 in November, but Barcelona are unbeaten in La Liga since Dec. 5 and hold the upper hand in the title race -- quite a turnaround for a side in crisis at the beginning of the season, with Lionel Messi wanting to leave and the squad in disarray around him.

It's one of the biggest games in world soccer, and Saturday has two big storylines to watch.