Prekrap - Atlanta United vs. Montreal Impact: do most teams have a consistent identity after 40 games? 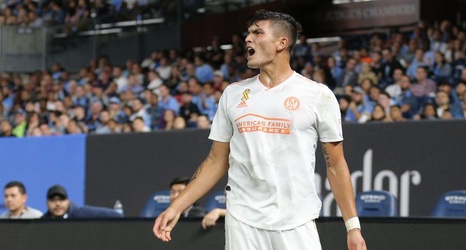 Somehow Atlanta United managed to do something fairly impressive in the 4-1 loss to NYCFC - the team made it look like Yankee Stadium was a regular soccer field. The game may as well have been played on the Moon because NYCFC had space to play regular looking attacking soccer in the game and not embarrassing looking “ground ball to the shortstop soccer” (get it? MOON... SPACE... I’M NOT SAYING THAT THE MOON LANDING WAS FAKED BUT SOCCER ON A BASEBALL FIELD WITH A TERRIBLE SURFACE IS FAKE SOCCER, NYCFC SHOULD HAVE TO WIN A BASEBALL GAME AGAINST THE SCRANTON PAPER MITES TO ACTUALLY WIN THE CONFERENCE).