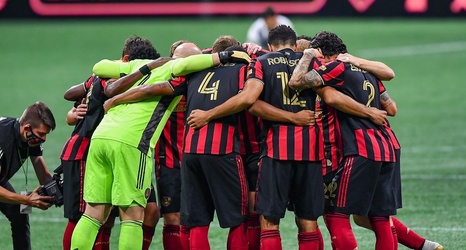 Atlanta United face off against DC United in a must-win scenario today at 4 p.m. at Mercedes-Benz Stadium. The playoffs are on the line. Can Stephen Glass inspire a win after a loss against Toronto?

The highlight of this lineup wasn’t in the starting XI at all. It was the return of Ezequiel Barco and Marcelino Moreno to the squad.

Regardless of the loss, Atlanta United fans were happy that these Designated Players were at least included in the matchday squad and could get minutes against Toronto.