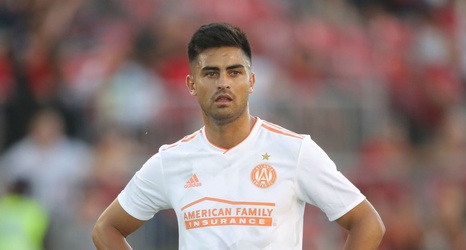 Pity Martinez scored what stood as the game-winning goal during Atlanta United’s 2-0 win over Saint Louis FC in the U.S. Open Cup quarterfinals on Wednesday. Even with that, he declined requests to speak with reporters after the match.

That didn’t keep him from appearing on FOX Sports Argentina on Thursday, where he made some remarks about his role with the club and his relationship with manager Frank de Boer. Martinez said that if it were up to him, he would probably still be at his former club, River Plate. Both Frank de Boer and club president Darren Eales spoke publicly this week stating that rumors of Martinez returning to the Buenos Aires club are unfounded.