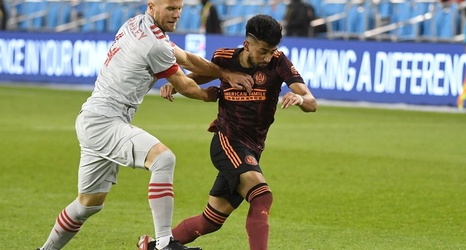 Atlanta United midifelder Marcelino Moreno was named to Major League Soccer’s Team of the Week for Matchweek 29 thanks to his impressive performance that heled the Five Stripes to a 2-0 win on the road against Toronto FC Saturday night.

Moreno was Atlanta’s standout player of the match and capped off the performance with a fine goal seen above. He was such a nuisance that the opponents fouled him a remarkable NINE times, while the Argentine midfielder was still bale to make 8 ball recoveries and succeeded on four of his six dribble attempts.