Luiz Araújo: Win All the Games We Have Left 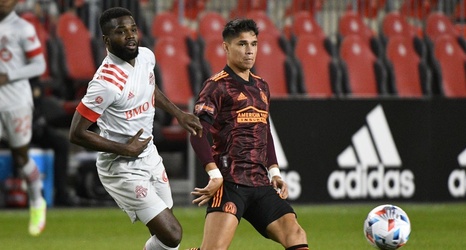 Well that was a hootenanny. This Atlanta United vs Toronto match just felt like Halloween. I’m going to give a quick recap simply because many of the quotes below need some context, because this match was just strange.

Luiz Araújo scored a goal where everyone, including Toronto’s keeper, thought he was going to send a left-footed lightning bolt but instead he scuffed the kick and sent a dinger that just slowly sailed over the keeper’s head. Then, sometime in the second half Ezequiel Barco was knocked into from behind for what felt like the 82nd time, which was a contributing factor in what turned out to be an absolute cluster-muffin of a mass confrontation.