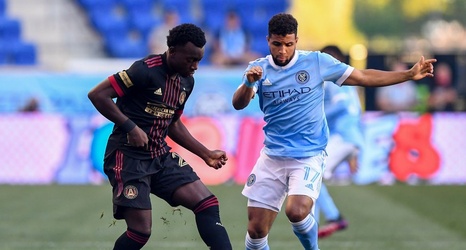 Without Josef Martinez and manager Gabriel Heinze, Atlanta United struggled to string together much in the way of cohesive attacking play at Red Bull Arena in a 1-0 loss to NYCFC. Let’s get on to the ratings and get this over with

GK Brad Guzan 7 - This will be the highest rating because Guzan was legitimately good and the reason why this scoreline didn’t read 3-0. Only notable mistake was getting caught out of his net late in the second half but wasn’t punished.