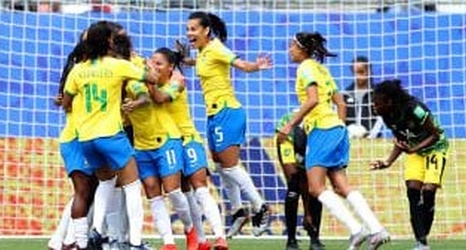 In the second game of Group C, Brazil put in a dominate performance and secured a three-nil win thanks to a hat-trick by Cristiane. Debinha, the only North Carolina Courage playing on Sunday morning, also played a key role in Brazil’s performance.

Debinha stymied by Schneider in the first half

For most of the game, Brazil were in control and managed to get behind Jamaica’s defense on multiple occasions. The scoreline could have been much more emphatic had it not been for Jamaica’s 19-year old goalkeeper, Sydney Schneider. Debinha played the full 90 for Brazil and was active throughout the game despite not getting on the score sheet.