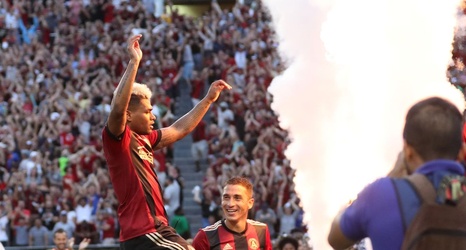 Josef Martinez almost died once. Right in front of us. And God. And everyone.

It would have been a weird juxtaposition. Amidst the celebrations of a go-ahead goal, everyone would have slowly stopped their beer throwing and high-fiving and hugging of strangers and realized: “Josef Martinez just died.”

It would have dominated the news cycle for at least two months. Not only would he have been the first professional athlete to die mid-game in America in years, he would have died for a reason devoid of athletic necessity. There would be no fatal injury caused by the nature of the sporting event he was participating in.