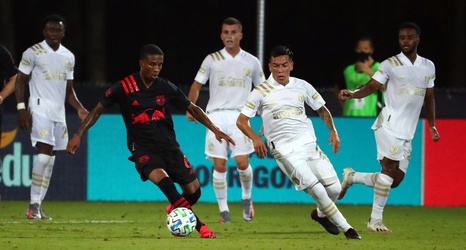 Atlanta United’s 2020 has been full of strange, never-seen before results, but they could see one go in their favor this weekend. The Five Stripes host the New York Red Bulls, which boasts a 4W-1T-0L record over the good guys in regular season play. Now, though, would be the time for Atlanta to jump out of that hole and pick up it’s first win over New Jersey York.

It’s been just over a month since Chris Armas was sacked at the tail end of a 3-game winless run and, surprise surprise, the Red Bulls did not become immediate Supporters’ Shield contenders.