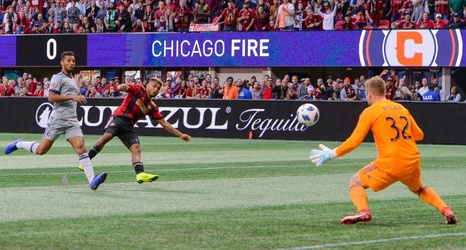 The first three games of Gabriel Heinze’s tenure have been nothing short of a success. Atlanta won both legs of its Round of 16 tie against Alajuelense before taking a point back home from Orlando. The Five Stripes’ defense has been its stronghold and Brad Guzan/Rocco Ríos Novo’s net is still unscathed. The attack, however, has been underwhelming. Atlanta has scored just two goals (one a penalty and the other thanks to Alajuelense throwing numbers forward late in the game) and chances have been hard to come by. But Chicago Fire’s visit to Mercedes-Benz Stadium could be an opportunity for the attacking corps to find their footing.