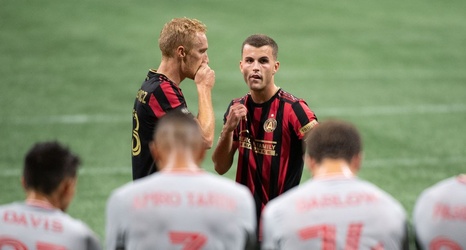 Atlanta United’s two-match undefeated streak (*sigh*) came to an end after a loss to familiar foe New York Red Bulls 1-0 Saturday night in Mercedes-Benz Stadium. 17-year-old Caden Clark, who made his debut against Atlanta tonight, volleyed the winner past Brad Guzan from outside the penalty area to give Red Bulls the win. The result saw Atlanta fall to 9th in the Eastern Conference, though Atlanta could potentially finish the weekend anywhere as low as 11th in the East.

Most notably, Marcelino Moreno made his debut and first start for the club today.