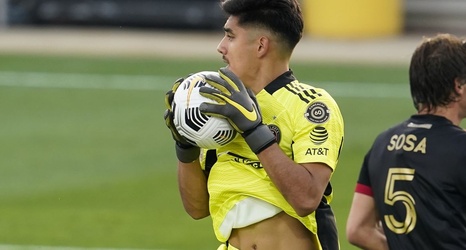 Atlanta United 2 goalkeeper Rocco Rios Novo had been added to the first team roster for the third time this season on yet another Short Term Agreement. He is expected to back up Brad Guzan Saturday when the season kicks off in Orlando.

Typically, short-term agreements only allow MLS clubs to add players for competitions outside of league play, but Rios Novo will be permitted to play if needed Saturday due to medical hardship facing Atlanta United. The team’s other two backup goalkeepers on the first-team roster, Ben Lungaard and Alec Kann, are both out with injuries.

Rios Novo was thrown into the fire in unexpected fashion in Concacaf Champions League play, but asserted himself well in roughly three halves of action against Costa Rican side LD Alajuelense.