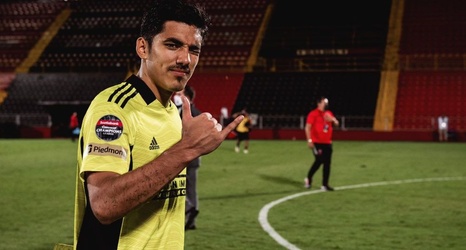 He’s back to finish the job. Atlanta United announced that it has signed goalkeeper Rocco Rios Novo to a second short-term contract agreement from ATL UTD 2 ahead of tonight’s Concacaf Champions League second leg against Alajuelense.

The 18-year-old shot-stopper was an unexpected hero in the club’s 1-0 away leg triumph in Costa Rica last week after coming on for Brad Guzan after an unfortunate red card in the first half. The young Argentine-American on loan from Lanus made six saves en route to the clean sheet victory.

With Guzan unavailable for the return leg and Alec Kann still recovering from offseason surgery, Novo has been brought back for the second leg.