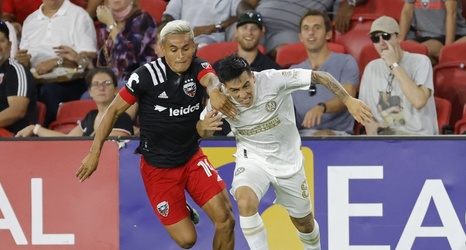 With Atlanta United’s 2-1 win over D.C. United (and the Columbus Crew’s 2-1 loss to the Seattle Sounders), Atlanta United is now on a four-game win streak and tied with D.C. United on points, leaving the Five Stripes one spot outside the playoffs on goal differential. Goals from Josef Martinez and Marcelino Moreno combined with late game saves from Brad Guzan decided the contest and leaves Gonzalo Pineda’s Atlanta United in a strong position to potentially move into the playoff spots next week.

Interim head coach Rob Valentino put out a very similar starting lineup to the lineup he put out against Toronto FC, with Amar Sejdic stepping in for Santiago Sosa.