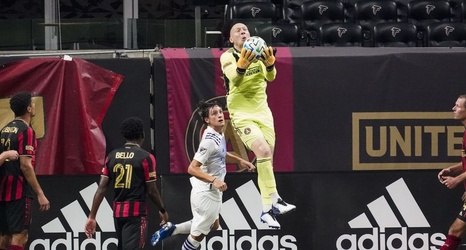 Atlanta United played to a 0-0 draw with rivals Orlando City on Wednesday night in what could (fairly) be described as a difficult watch. Atlanta is now in the 8th position in the Eastern Conference standings, two spots above the last playoff spot.

Brad Guzan made an amazing double (triple if you count the kick?) save 11 minutes into the first half.

A certain amount of time later, Miles Robinson towered over an Orlando defender to head corner kick cross on frame, but Orlando keeper Brian Rowe parried it away.