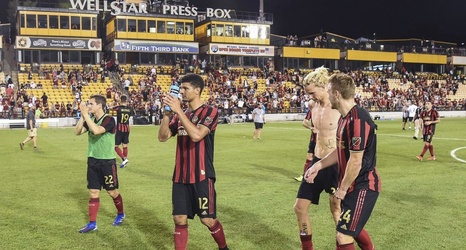 Atlanta United will hit the road for its U.S. Open Cup semifinal against Orlando City when the teams play on August 6 or 7 (the date isn’t yet set for scheduling reasons). The game will be played at Exploria Stadium in Orlando.

In better news, Atlanta drew top priority to host the U.S. Open Cup final, meaning that if they do indeed beat Orlando City, a team it hasn’t yet lost to in club history, the final will be hosted at Mercedes-Benz Stadium. The date and time for the final will be announced at a later date.