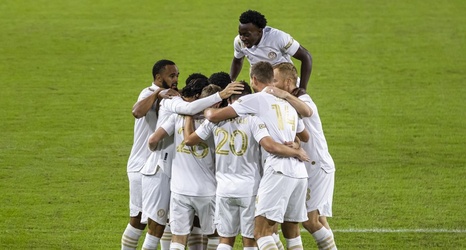 Atlanta United is back in playoff position thanks to a dominant 4-0 win over a hapless D.C. United team Saturday night in the nation’s capital at Audi Field.

After struggling for scoring for most of the season, Atlanta let loose a barrage thanks to some superb attacking moves capped by Jon Gallagher and Brooks Lennon — the former scoring a brace and the latter with an absolute screamer from the edge of the box. It’s the first time in Atlanta United history the team has scored four goals and kept a clean sheet on the road.