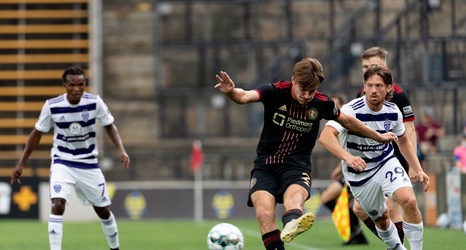 Atlanta United 2 entered the night with two burning desires. They wanted a big result for their new manager Jack Collison and they wanted to avenge their frustrating season-opening defeat to Louisville City. Achieving either goal would be a gargantuan task as the dangerous veteran Louisville side came to town looking for blood after only earning 7 points in their four opening home fixtures.

Atlanta fielded some new faces including the first starts of the year for David Mejia and Will Reilly. Mejia began the game on the left wing opposite Connor Stanley on the right and Mathias Benítez sandwiched between as the false-9.