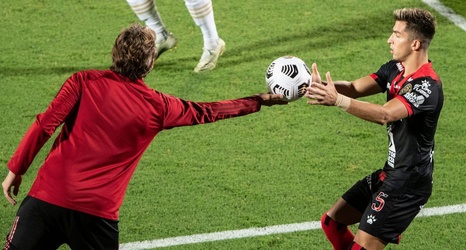 Gabriel Heinze’s memorable debut as Atlanta United manager against Alajuelense boasted a ninety minutes that was filled with a straight red to Brad Guzan, a questionable penalty game-winner, and the unexpected debut of an 18-year-old keeper. After the dust finally settled, however, Atlanta was able to escape the Estadio Alejandro Morera Soto with a narrow 1-0 victory. The Five Stripes will look to finish the job in much smoother fashion when it hosts Alajuelense at the Fifth Third Bank Stadium in the second leg.

For the first forty minutes last Tuesday, Atlanta was by far the better side, stringing together passes and keeping Alajuelense on the back foot.