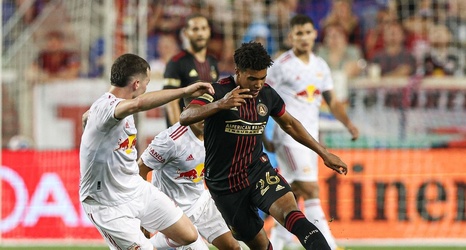 What was shaping up to be a momentous three points for Atlanta United turned to dust in the final 10 minutes at Red Bull Arena Thursday night as Atlanta conded two quick goals in the late stages to leave the match empty handed.

It’s a bitter disappointment, no doubt about it. After a poor performance over the weekend in Toronto, securing the 1-0 lead and taking three points Thursday might have been some of the unlikeliest in recent memory considering the Red Bulls sit tied atop the Eastern Conference table.

To add to the doubt coming into the match, Atlanta United had never scored a goal in Red Bull Arena in club history.