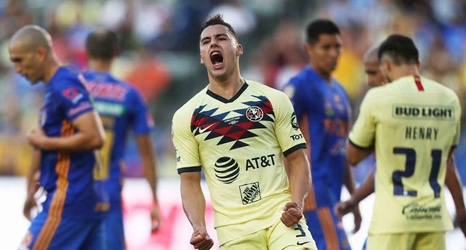 The victory for 2018 Apertura champion America in a sold out Dignity Health Sports Park sets up a clash against Atlanta United on August 14 in Mercedes Benz Stadium for the Campeones Cup.

Argentina international Marchesin made three saves in the penalty shootout, before netting the winner against Tigres keeper Nahuel Guzman in the ninth round of penalties.

Guzman made two crucial stops in the second half to take the game to penalties, while America's Jorge Sanchez went close in the 36th minute, when he headed just over from a right-wing cross.