With the Hawks, Danilo Gallinari is One Step Away From Making Adaptation Pay Off 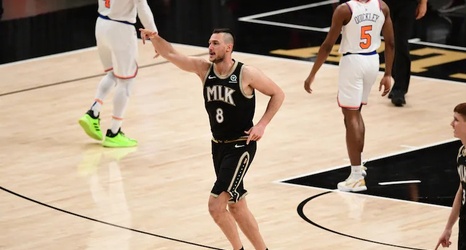 Danilo Gallinari talks through the details of where he started and the progress he's made thus far.

Before this series against the Hawks, the last time the New York Knicks took part in the NBA Playoffs was a stretch of three consecutive appearances from 2011 to 2013.

Hawks Assistant General Manager Landry Fields remembers the first of those teams well. When veteran forward Amar'e Stoudemire scored 32 points in his preseason Knicks debut in Milan, Italy, Fields was a rookie trying to make a strong enough impression to ensure that he would stick on the roster after being drafted by New York with the 39th overall pick in the 2010 Draft.