Will Cam Reddish be a member of the Atlanta Hawks next season? 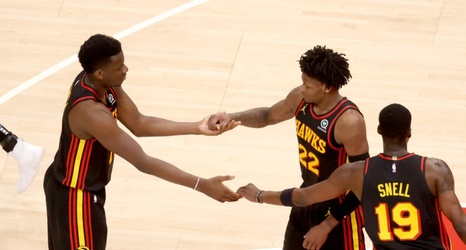 As the Atlanta Hawks continue their incredible push towards a home playoff seed, they are doing so without Cam Reddish. The 6’8″ combo wing player was in the starting lineup at the start of the season as the shooting guard playing alongside Trae Young.

However, since Bogdan Bogdanovic came back from injury, he has been used as a secondary playmaker in the starting unit. Since taking on this role he has shown that he deserves to be a starter in the league and the Hawks have benefitted from his play.