Vince Carter on Winging It podcast: “No chance” of entering dunk contest 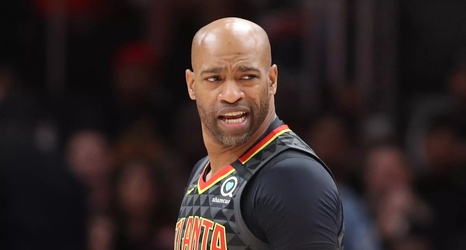 If you’ve watched a single Atlanta Hawks game this season, you might have heard this is Vince Carter’s final season in the NBA.

The first man to ever play in four different decades has received tribute-after-tribute, and he’s become the latest star to receive a farewell tour.

With two of the greatest players ever retiring last season in Dwyane Wade and Dirk Nowitzki, NBA commissioner Adam Silver decided to honor the legends by specially selecting them to play in the all-star game one last time.

The gesture has brought up the idea to do the same for Carter in the event he’s most famous for — the slam dunk contest.