Setting Goals for Trae Young at the Rising Stars Game 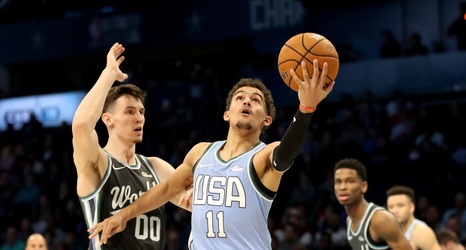 For the second consecutive year, Trae Young be appearing in the NBA’s annual Rising Stars Game. The event, which kicks off All-Star Weekend, pits the best rookies and sophmore against each other in USA vs. international style.

Last year, Trae served as the team’s sixth man, clocking 24 minutes off the pine, leading bench scorers with 25 points. He made it a double-double with 10 assists as well.

Trae is one of the best players at the contest this year, and while there’s a chance he takes the night off in preparation for Sunday, there’s a big chance he has a huge night.