Preview: Hawks look to get back on track vs. Bulls 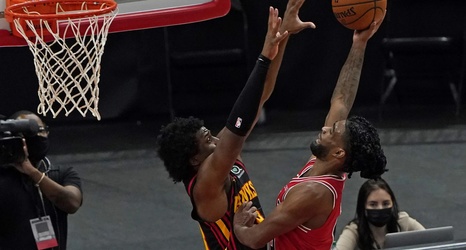 The Atlanta Hawks (27-25) will look to get back on track Friday evening when they host the Chicago Bulls (22-28). After a four-game win streak, the Hawks dropped the second half of a back-to-back to the Memphis Grizzlies on Wednesday. They will look to get back into the win column and bolster their status in the Eastern Conference playoff race.

Chicago comes in as losers of six of their last nine despite their recent acquisition of All-Star center Nikola Vucevic from the Orlando Magic, but they have won their last three. The Bulls beat the Toronto Raptors on Thursday night, and currently sit as the No.