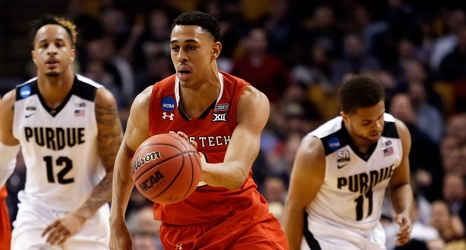 Mock drafts are amusing and they should be treated as such. David Aldridge of NBA.com seems to believe the same thing, noting that “the success rate on these things is extremely low” and generally poking fun at the process.

With that said, his mock draft effort paints an interesting picture for the Atlanta Hawks and, at No. 19 overall, he ties the franchise to Texas Tech wing Zhaire Smith.

Caveat Emptor: the Hawks could obviously move this pick as well as their other first-rounder, 30th overall, for the right package of picks/players.