'I'm thinking about dominating the paint': How Clint Capela has anchored the surging Hawks 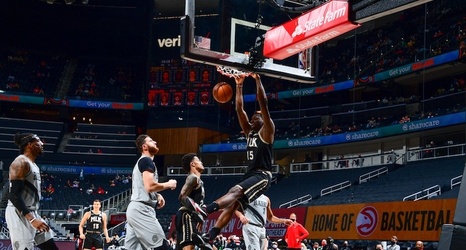 SHORTLY AFTER DRAFTING him No. 25 in 2014, Houston Rockets officials took Clint Capela to a Houston Astros baseball game -- their usual initiation for draftees.

Capela had just turned 20, and was sensitive about his ability to communicate in English. He grew up in foster care in Switzerland before moving to France as a teenager to pursue basketball.

He had no idea what was going on in the game. Houston staffers explained balls and strikes. Just as Capela was getting it, one pitcher whipped the ball to first base -- a pick-off move.