How The Atlanta Hawks Became The East’s Hottest Team 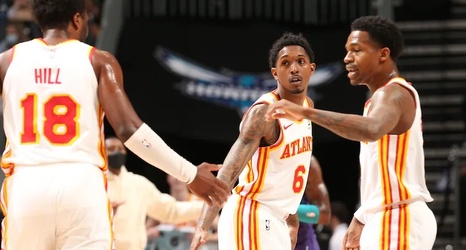 As the early March NBA All-Star break approached, the Atlanta Hawks sat at 14-20 as at the bottom of the play-in picture, a far cry from where expectations had been set in the offseason after some big spending in free agency. Injuries played a significant role in the Hawks early struggles, as they were without many of those big signings, with Bogdan Bogdanovic, Danilo Gallinari, Rajon Rondo, and Kris Dunn all missing significant time (and Dunn having yet to make his debut), as well as some of their young core pieces, most notably De’Andre Hunter and Cam Reddish. All of that, coupled with being one of the league’s worst fourth quarter teams, spelled disaster and eventually led to Nate McMillan being elevated to interim head coach.