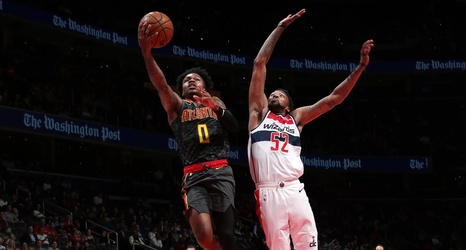 The Atlanta Hawks arrived into the nation’s capital for the first time this season to take on their division rivals, the Washington Wizards, on Friday but despite the hosts missing Bradley Beal the Hawks could not emerge with a victory, falling 111-101.

Trae Young led the Hawks in scoring with 19 points while Kevin Huerter — despite his foul trouble for the majority of the second half — added 16 points.